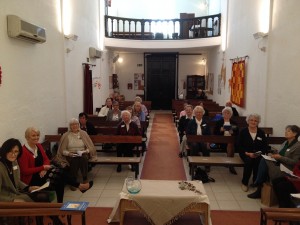 The Women’s World Day of Prayer occurs on the first Friday of March every year.  This year, the service was designed and prepared by the women of Egypt.  Since Egypt continues to figure in our news bulletins, there was a special feeling of solidarity with those who have contributed to this year’s Day of Prayer, and as Muriel Chad, of the New Life Community Church, who was invited to give the address, reminded us, Egypt has not been a safe place for Christians during the last year.  38 churches have been burned, and other violence has been directed at Coptic Christians.

The service called us to remember that water is a vital element for life, and a resource that demands good stewardship.  With the reading from John’s gospel in which Jesus encountered a Samaritan woman at the well, we were reminded that Jesus described himself as “living water,” just as vital for our spiritual life and health.

The service was attended by women representing all of the English-speaking churches in Menorca (and a few men!). 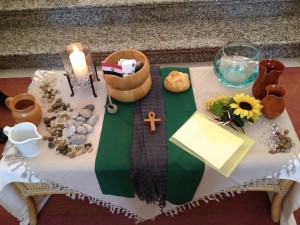 The table, full of symbolism. 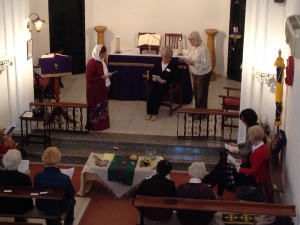 Enacting the Samaritan woman at the well 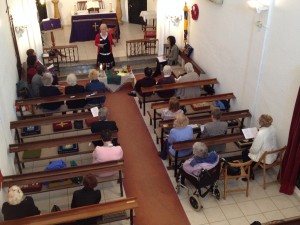 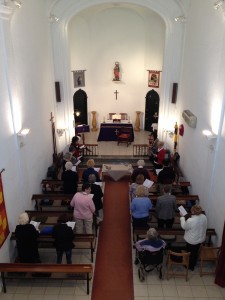 Singing one of the hymns