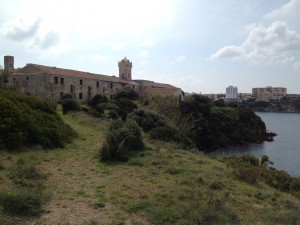 West side of the Isla del Rey, with chapel.

On Tuesday, 11 March, the largest representation from the British Embassy ever to visit Menorca came to the Isla del Rey, including the Ambassador, The Consul General for Barcelona and Balearics, the head of politics and economy, the head of the embassy press department and the new Defence Attaché.  They were present for a ceremony at which an Honorary OBE was awarded to retired General, Sr. D. Luis Alejandre Sintes. 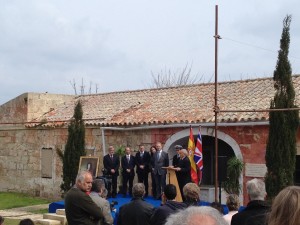 The General expresses his appreciation for his Honorary OBE.

The General, as many know him, has been an energetic, driving force behind the restoration of the military hospital on the Isla del Rey, built by the British in 1711.  The delegation was given an extensive tour of the hospital before the ceremony, which included a visit to the restored Anglican chapel, dedicated to Saint George. 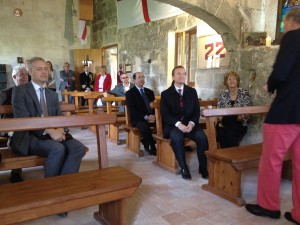 The chapel is used for occasional services, and is available for wedding blessings.