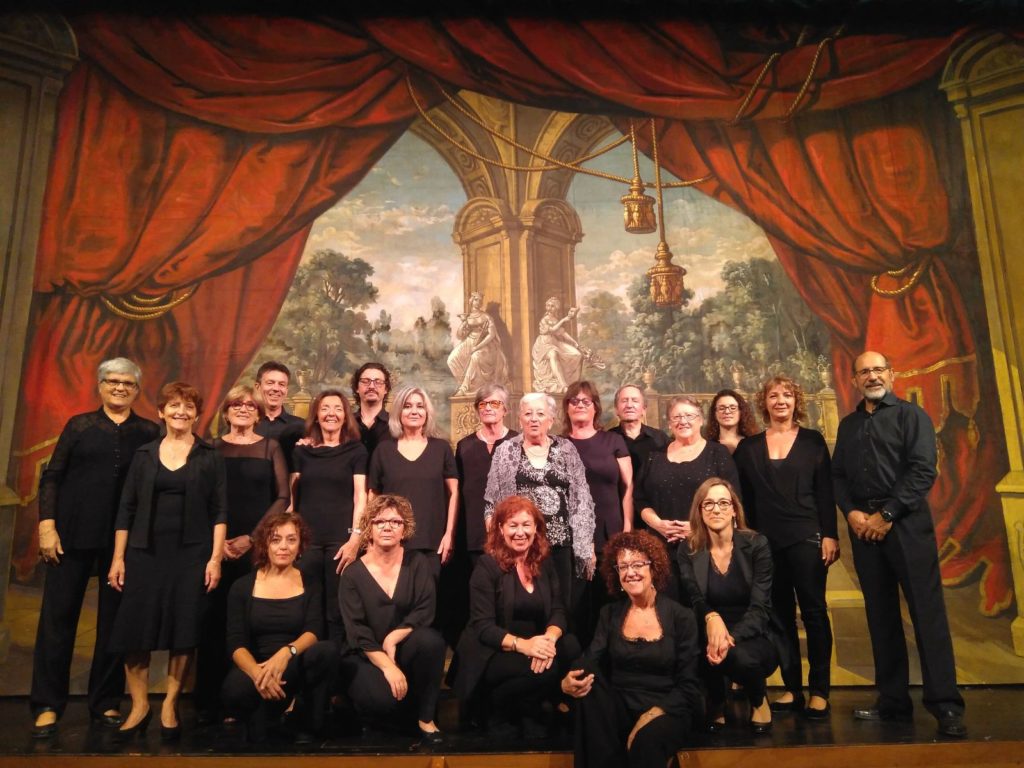 This chamber music choir was formed alongside the Ateneo’s Philharmonic by Lolita Mir. She is one of the island’s best known musicians and is still the choir’s director and pianist.  The Ateneo, formed over 100 years ago, is Menorca’s Scientific, Literary and Artistic Society, and seems to be more and more active every year.
The choir has been an all female ensemble until very recently – when a couple of brave men joined them – and is now made up of some 15 voices.
The Ateneo choir has a predominantly classical repetoire but this spring they have prepared a more varied and lighter selection of songs which they will sing in German, French, English, Spanish and Menorquin. The programme includes Bach – 4 songs, Schubert, Faure and then well-known more modern songs including the Beatles and a couple from The Sound of Music.