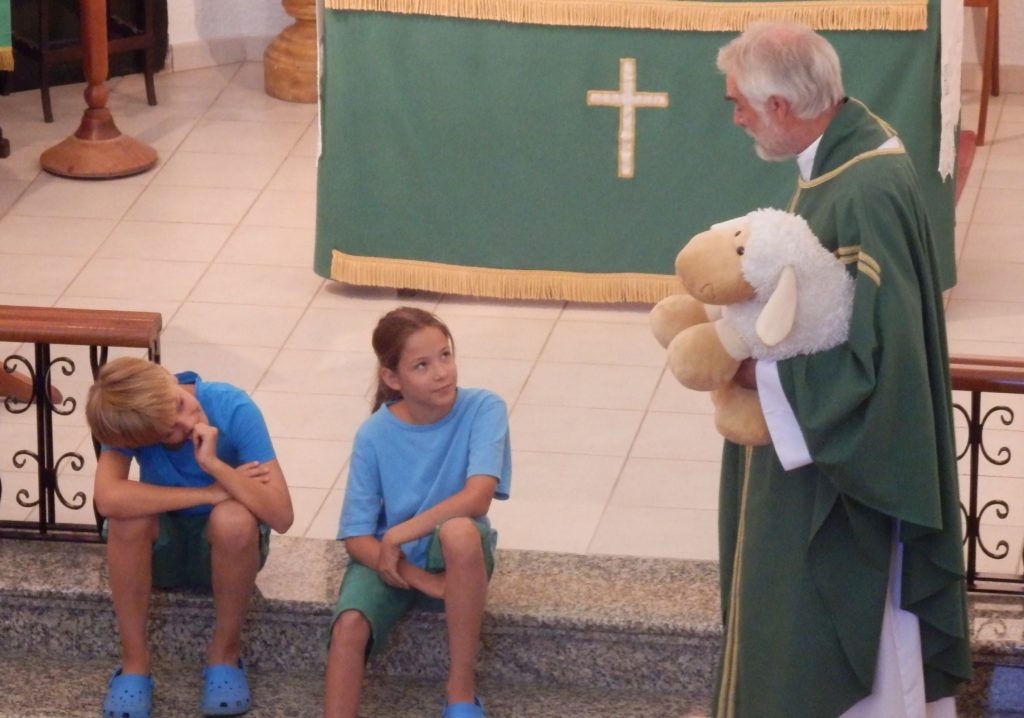 Shawn the sheep knows from the sheep-to-sheep communication network that passes things on through the ages that Jesus often talked about sheep and shepherds. In particular, Jesus told his followers that he had other sheep in other places, but that they all still belonged to him, as their shepherd.  Sheep understood this very clearly, because they are used to having their shepherd go off to look after other flocks. 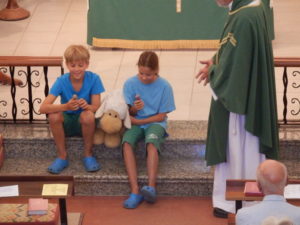 On Sunday, with Shawn’s help, we sent Samara and Xavi (and their mother, Fleur!) from the flock at Santa Margarita in Menorca to their other flock, in Germany.  But this time, that flock will seem to be just a little different as they begin life in a new school.

As the fifth anniversary of their baptism approaches, we reminded them that baptism makes them members of the Christian family throughout the world, and as baptised Christians, they are welcome in any church.  We gave them each a candle to be lit to mark the anniversary.

We prayed for safe travel for them as they leave Menorca, and for them to be reassured by the presence of Jesus, through God’s Spirit.  We know that we find God’s presence wherever we go, and that God has many flocks in many places.  We asked God to look after all those who travel, in particular Samara, Xavi and Fleur. 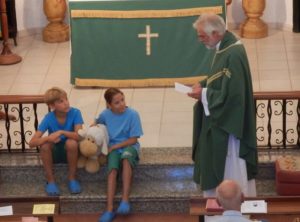 We asked God to surround them with loving care; to give them confidence with the presence of the Spirit in their new school; to keep them safe and away from every danger; and to bring them in love back to the flock of Santa Margarita in God’s good time.

Their friend, Shawn, will be waiting for them.