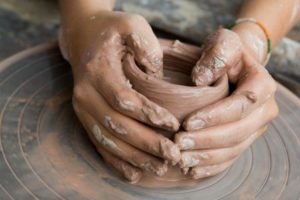 According to this week’s news, the most popular song played at funerals is Frank Sinatra’s version of My Way.  Written by Paul Anka, it embodies much of the world’s attachment to individualism.  We have come a long way since the film The Big Chill began with a funeral scene accompanied by an organ playing an adaptation of You Can’t Always Get What You Want, by the Rolling Stones.

It is understandable that when someone dies, we wish to find ways to express our appreciation of their essence – which steers us towards the individuality or distinctiveness of each of us.  Unfortunately, it is a short step from there to hubris and pride.

The other way – of Christ – is to be an open channel for God’s grace – which is not easy.  It means letting go of parts of ourselves that we treasure and hold dear.  Paul’s letter to Philemon is a case study in this – as well as in persuasive letter writing – verging on being manipulative!  The letter is long, because Paul is deep in paradox.  He wants to say this: ‘Dear Philemon: I command you to free Onesimus freely, as a work of your own internal faith and not of obedience to me.  Yours, Paul.’  That is why this letter is a masterpiece of rhetorical persuasion by ancient standards (and maybe of manipulation by modern standards).

But God, as the apostle Paul demonstrates through his own life and teaching, does not force us to do anything – God lays out the options and leaves us to choose.  The way in which Paul expresses it is through invitation rather than exhortation; to encourage rather than to impose. To do that, he has to let go of any authority he might like to claim.

Letting go is an important part of Christian faith.  Although we are created as diverse individuals, we still have to empty ourselves of some aspects of our individuality that get in the way of God’s will.  We are to be channels of God’s grace, even as we are quite likely to channel that grace in different ways, with different gifts.

In Luke’s gospel, we are shown a stark challenge presented by Jesus: for his followers to examine themselves closely, and decide upon what demanded most importance in the lives.  Was it their relationship with God?  Would they allow that relationship to be moderated by the teaching and ministry of Jesus?  Would they be willing to let go of distractions and diversions from that relationship – even their own families?  The question echoes across the years to modern disciples: what is of most importance in our lives?

For Luke’s audience, this was serious: many believers were isolated from their families – their primary, or only, means of support.  The Christian community became of necessity a sort of extended family.  This created further tensions, such as those manifest in the letter to Philemon: it created social tensions that resulted from the erosion of boundaries between social classes, genders, cultures and even between slaves and their owners.  That was one of the underlying challenges that Paul had to confront in dealing with Philemon and Onesimus

The challenging Jesus who springs out of this part of the gospel is passionate and forces us to consider what gets in the way of following him.  There may well be things that need to be discarded, that get in the way of following Christ and building a world where God’s justice prevails.  We need to allow God, as potter, to reshape the broken areas of our lives, just as Jeremiah saw God reshaping Israel in its brokenness.  Jeremiah would have been horrified by My Way, since his imagery is centred on the idea that our own way is almost inevitably flawed and needs God’s strong and patient potter’s hands to reshape it.  It’s that old battle between human hubris and humility.

Meanwhile, perhaps our challenge is to rewrite the words of the song, and find ways in our lives to say, ‘I Did It God’s Way.’  But then we would have to try to live up to the words!  Get those potter’s hands ready, God.