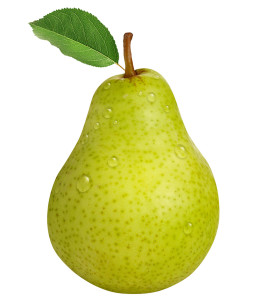 A couple once came to see me for some marriage preparation. I’m not sure how this came up in the course of talking about how couples communicate, but somewhere in the midst of talking about how simple remarks can be misunderstood and cause offence, it came out that the groom-to-be had used the term “pear-shaped” in a sentence that included his fiancée.  Now, he didn’t mean it in any derogatory sense; I believe that he was trying to tell her that he thought she had a nice figure. We had a long talk about thinking before speaking.

However, the matter of taking offence and provocation is not one-sided. We have a choice about how to react.

Jesus declined the opportunity to be provoked by what was certainly an offensive incident (far from the only one) in Pilate’s sordid rule over the people of Judea. Instead, he held a figurative mirror up to those who came trying to incite him into uttering words that could be used to hang him.

In a way, he was channelling the theme of the book of Job, who was afflicted not just by suffering but by “helpful” neighbours who tried to explain his suffering in terms of his own deeds. That sort of behaviour – self-appointed judges, drawing conclusions about someone’s sinfulness because of what happens to them – is one of the chief targets of Jesus’ ministry. Unfortunately it is still prevalent in our modern culture – sometimes we call it “blaming the victim.”

Jesus tries to steer the focus away from passing judgement upon one another based upon misfortunes, and towards recognition that we are all basically flawed and sinful, and only through God’s abundantly generous mercy do we have hope of salvation. The prophet Isaiah, trying to draw his own people’s attention to God’s generosity, finds himself inspired to remind us all that God’s ways are not our ways – which is perhaps a rather good thing.

Jesus goes on to use a parable to illustrate his point – about a fig tree that has not borne fruit and a gardener with manure. To assume that God is the owner of the fig tree might be an error – the Law prohibited taking fruit from a tree in its early years. It is more likely that Jesus was suggesting that humanity is the impatient owner, or rather the privileged set of humanity that uses prosperity as a cudgel with which to beat the less prosperous.

The mission of Jesus was for the fruit of faith to be shown in everyone’s lives, so that God could celebrate with them.

All of this is what happens when Jesus refuses to be drawn into taking offence at an offensive story; when he refuses to allow provocation to provoke him.  It’s a model for behaviour that we might want to consider emulating.  Not taking offence at perceived slights or offences, but instead looking in the mirror and asking ourselves some hard questions about what it is that we do that contributes to the situation.

Lent is a good time to focus on such a spirit of repentance and forgiveness, seeking reconciliation rather than taking offence.

Meanwhile, I told the offending groom-to-be to go to the supermarket on the way home and buy a pear – and study its shape very carefully.