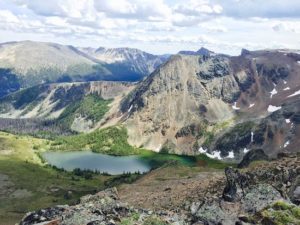 There is a place in British Columbia of soaring mountains, river and lakes that bears a simple name: The Cathedral.  The name reflects the awe of those European settlers who encountered the place and their values.  ‘Cathedral’ conjures up ideas of spiritual nourishment, mystical qualities, of something that stretches the human imagination.

Architecture says a lot about the culture and society that creates it. The European and British cathedrals of the middle ages testify to the centrality of Christian worship of their times. The great English parish churches of the nineteenth century again speak of faith, this time focused on more local and regional centres of worship within their communities.  What are the architectural accomplishments of the twentieth and early twenty-first century that reflect values?  Shopping malls and the Shard?  These are cathedrals to mammon!

Erecting a building that acts as a focal point for faith goes back centuries. It was Solomon who was finally able to build the Jewish temple that his father, David, had desired.  In Solomon’s prayer of dedication there is much humility: it was dedicated to YHWH, the God of Israel, and not intended to be something to draw people to God, but rather a place to which those already drawn to God might come to acknowledge God’s glory.  And Solomon had no delusions about God being contained within his temple: God is recognised to be omnipresent.

This is a step in the evolution of faith towards the ultimate temple, the one recognised in John’s gospel as Jesus, the Christ.  All are invited to this temple; not all accept. Some find the teaching too hard – and that’s still true today.  But for the faithful, Peter’s question remains: where else could we go?

This might sound forlorn, but Ephesians, using military terminology, captures a forceful spirit amongst believers who are called to be ready for active duty in service to Christ. We are challenged to be ‘militant’ in our service to the Christ who came to serve, not to be served.  We can pursue this service in many places; and God invites us to be fuelled and refreshed for this service in different ways and different locations.

When the Shard and its kind and the shopping malls leave us feeling that something is lacking, we can look to the ultimate Temple, Christ’s body, for fulfilment.  The Church is one place to seek this; but as Solomon recognised, God can be experienced in many places.  Menorca has many spiritually nourishing locations – even a cave called The Cathedral!

God invites us to find a place in which to appreciate the gift of life, and the world in which we live, the physical world around us, of which we are called to be stewards: the cathedral areas that show the majesty of this earth and the abundant generosity to us of its creator. And pray in thanksgiving.