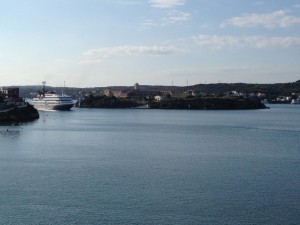 There is an island in the middle to the harbour in Mahón, the Isla del Rey.  On this island, more than 300 years ago, a hospital was established by the Royal Navy – at almost the same time as the Royal Naval Hospital, in Greenwich – the first naval hospitals.  The hospital on the Isla del Rey has been used by both Spanish and English navies over the centuries, but fell into disuse and disrepair in the middle of the twentieth century.  In the last few years, there has been a significant effort to restore the hospital. 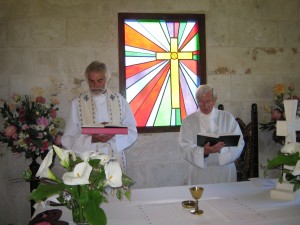 Part of this restoration includes the chapel of Saint George, which has been reconsecrated as an Anglican chapel, and is beginning to be used for more regular worship. 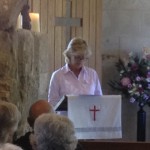 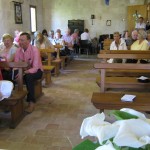 On 23 April, about 40 people, most of whom are members of the Anglican congregation in Menorca, gathered to celebrate Saint George and the chapel dedicated to his name.  This was the first service of Holy Communion to have been celebrated in the restored chapel.  It was probably the first Anglican service of holy communion to be celebrated on the island in centuries.

After the worship, the congregation returned by boat and progressed to Cala en Porter, where a celebratory lunch was enjoyed by all. 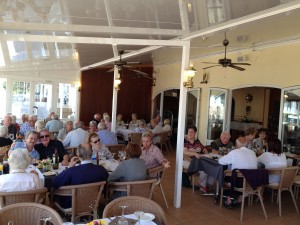