By AnglicanChurch on 2018/11/25 in Santa Margarita, Social Justice, Themes

Looking back at my notes, I see that I read this three years ago:

In all my dreams before my helpless sight,
He plunges at me, guttering, choking, drowning.
If in some smothering dreams, you too could pace
Behind the wagon that we flung him in,
And watch the white eyes writhing in his face,
His hanging face, like a devil’s sick of sin;
If you could hear, at every jolt, the blood
Come gargling from the froth-corrupted lungs,
Obscene as cancer, bitter as the cud
Of vile, incurable sores on innocent tongues,—
My friend, you would not tell with such high zest
To children ardent for some desperate glory,
The old Lie: Dulce et decorum est
Pro patria mori.

That was from a poem by Wilfred Owen, who died exactly one week and 100 years ago … at the age of 25.  Reflecting upon his death, and the futility of carrying on shooting at one another, I wondered why they bothered – surely the end must have been in sight?  In the trenches, in the tunnels, in the makeshift hospitals, in the psychiatric wards … surely, word must have got around?

Then I heard an interview with one of the survivors of the day when the Armistice came into effect in 1918.  He made it clear that the end was – quite literally – unbelievable. “We thought that it would go on for ever,” he said.
Time flies when you’re having fun … time lasts for ever in hell …

Much has been written about the moral laxity of the years after 1918, together with a revolution that took place within and a rebellion against religion.  Many of those who survived had seen such horrors that their faith was severely shaken. “Why would God let this happen?” they asked.

Why would God let it happen?  It’s a good question. 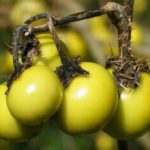 I  may not have an answer, but I have an illustration that may prove to be food for thought (but not, as we shall see, for digestion!).  In Menorca, amongst other places, we find a plant with prickly leaves that has pretty, yellowish-green fruit, that look something like an under-ripe tomato.  Their popular name is “Apples of Sodom,” with some justification, because they are highly toxic. Why do they exist?  Well, they look attractive in the landscape, and no doubt various things and creatures benefit from their existence.  But we know that they are toxic, so we do not eat them. Presumably someone has eaten one and suffered the consequences, so the rest of us can learn from the experience. We exercise sensible choice, based upon this knowledge.

What about the Apples of War?  We know that they are toxic to humanity.  Millions have eaten of those apples, and suffered the consequences.  So the rest of us might learn from the experience – and yet, we still eat them … or we feed them to our children – or to other people’s children, which was a cardinal sin of the 1914-1918 war.

What is sad about this continued consumption of the Apples of War is that most of those who placed their life on the line did not do so to glorify the experience of war.  They believed that they were protecting a way of life.  They placed their lives on the line in good faith – and faith was important.

At the end of September, just before we returned from a holiday, I dropped into the parish church in Rusper, the village where my grandparents lived for more than 40 years.  At the back of the church was a sort of journal, a calendar of the dates of death of those who were killed in the Great War.  Each page had a sort of memento.  On the day that we visited, the journal was open at the page containing the last letter from a young man to his mother.  It was clear that his Christian faith was important to him.  There were other letters, written in a similar vein.  One important aspect of faith is a belief in justice and in the possibility of the divine influencing human lives.  One of the hymns that we shall sing on this centenary of the Armistice is, “I vow to thee my country …” which continues with the words, “… but there’s another country …”  It is an expression of hope in a higher power – in a standard which we are all challenged to uphold – a higher justice than we often manage in this life.

Justice denied by those who placed a cheap value on the lives of other people’s children …  Another of the war poets, Siegfried Sassoon, wrote this in a poem called Base Details:

If I were fierce, and bald, and short of breath
I’d live with scarlet Majors at the Base,
And speed glum heroes up the line to death.
You’d see me with my puffy petulant face,
Guzzling and gulping in the best hotel,
Reading the Roll of Honour. “Poor young chap,”
I’d say — “I used to know his father well;
Yes, we’ve lost heavily in this last scrap.”
And when the war is done and youth stone dead,
I’d toddle safely home and die — in bed.

I’ve seen glib remarks that are dismissive about the casualties of the war.  “88% of the British and Colonial troops survived the war,” said some bright spark, recently.
Well, that means that 12% died. More than 888,246, as marked by the display of poppies four years ago. 888,246 too many. And the total casualties of the war were 17 million. That’s an awful lot of life to dismiss.

And what about the ones who survived?  What about my maternal grandfather, who was gassed and left incapacitated for the rest of his life?  I thought of him when I was reading this week about Jimmy Seed, a footballer from Sunderland, who signed up to serve at the age of 20, was gassed, twice, and was never quite the man he was before, although he was one of the lucky ones – he did eventually play professional football again.

But he would not speak of what he had experienced. Except, apparently once – and then silence.  Those who served, who did not die, experienced the hell of living afterwards with their memories.

The sad thing is that those fierce, bald, scarlet majors, moving thousands of other people’s children around like pieces on a chess board, hundreds of miles from the horror of the trenches: they are the same crowd who, having somehow managed to win the war, with help from the Americans, managed to lose the peace. Because just over 20 years later the world was dragged into war again.  Which is not really what those who offered themselves and their lives in the service of others were fighting for, was it?

Any time that we undermine the structures and institutions that keep us talking to each other, engaging with each other, becoming more familiar and comfortable with each other, in all our differences, any time that we do that, we devalue the sacrifice of those who died – and many who did not die, but bore physical, mental or emotional scars for the rest of their lives.

In 1982, motivated by yet another twentieth century war, Mark Knopfler wrote a song inspired by something his father said, called Brothers in Arms … which concludes:

Now the sun’s gone to hell and
The moon’s riding high.
Let me bid you farewell.
Every man has to die.
But it’s written in the starlight
And every line in your palm:
We are fools to make war
On our brothers in arms.

But 100 years ago, the guns did stop. And the unbelievable became believable. And some months later, Siegfried Sassoon captured the essence of the elation in a more uplifting poem.

Everyone suddenly burst out singing;
And I was filled with such delight
As prisoned birds must find in freedom,
Winging wildly across the white
Orchards and dark-green fields; on—on—and out of sight.

Everyone’s voice was suddenly lifted;
And beauty came like the setting sun:
My heart was shaken with tears; and horror
Drifted away… O, but Everyone
Was a bird; and the song was wordless;
the singing will never be done.

May our singing never be done: but may we sing words that lead to justice, friendship, understanding and peace. And then live out those words.

View all posts by AnglicanChurch →
Weekend with Bishop David – May 2019
Theme for Sunday, 18 November 2018