This article is from the May 2015 issue of Roqueta, Menorca’s English-language magazine. 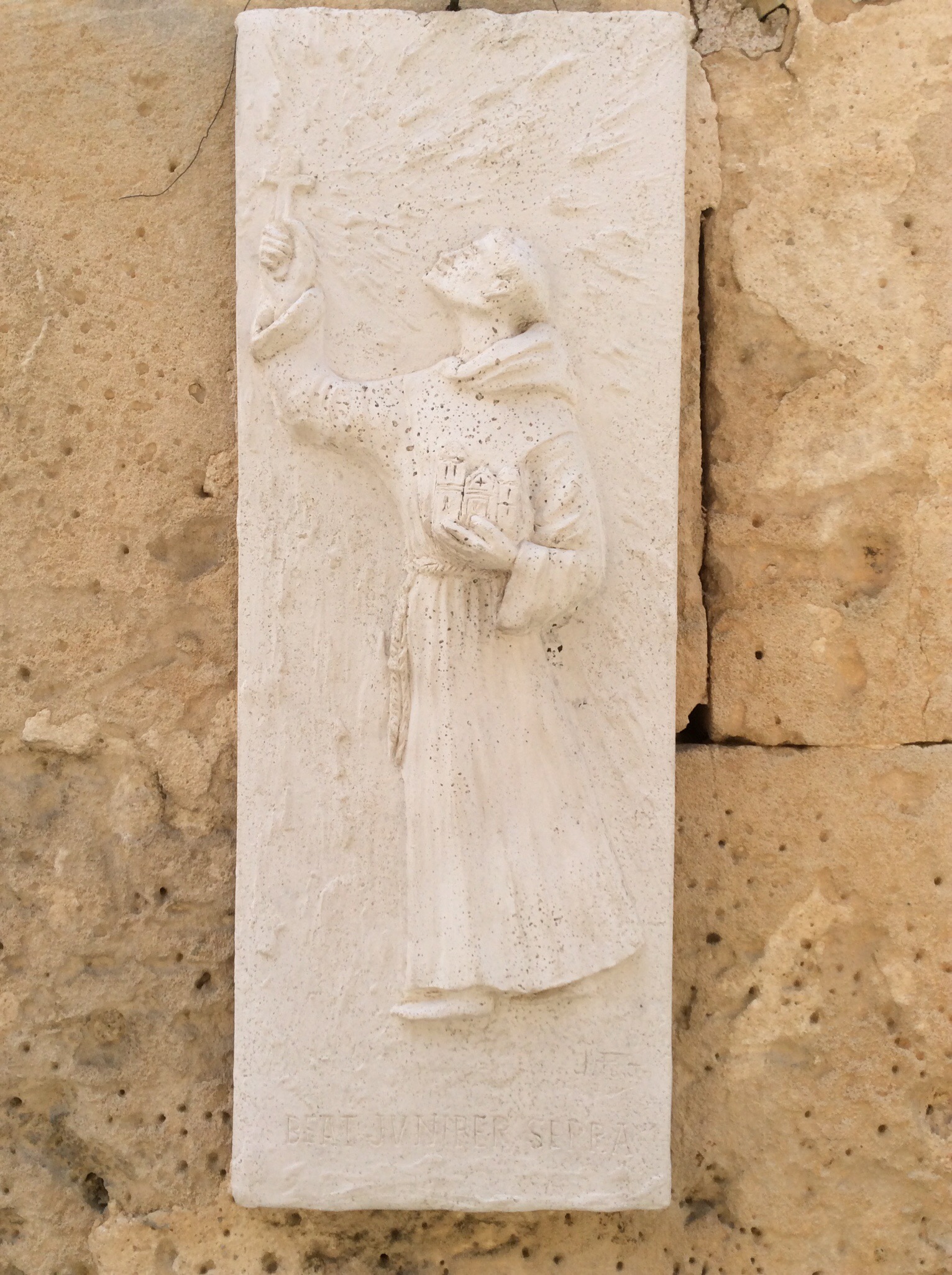 I have managed to convince myself that going to the café across the street from our apartment to watch football, principally Barcelona’s games, is beneficial to the process of learning Spanish. It certainly develops a somewhat specialized vocabulary! Spending time in the company of supporters of a successful football team is no hardship, since there seems to be a sort of infectious spirit of camaraderie that finds its most joyful expression at fiesta time.

During this season, I have been struck by the progress of one player in particular: Luis Suarez. At the beginning of the season, he moved from Liverpool to Barcelona. Between the two, he played for Uruguay in the World Cup in 2014. Followers of the “beautiful game” will remember two things about Luis Suarez in that competition: he was one of the architects of the defeat of a rather dismal England team by Uruguay, and he bit an Italian player, Giorgio Chiellini. He was suspended from play for four months and required to undergo extensive therapy to deal with his susceptibility to biting (it was not the first occasion). So when he finally joined Barcelona, it was under something of a cloud. However, he seems to have blossomed since then, and he is now a warmly accepted member of a team to whose success he has undoubtedly contributed. And he looks like a much happier person than when he was playing for Liverpool (as far as anyone can tell from watching television). He would seem to have been rehabilitated, accepting and responding to the gift of a second chance. The Barcelona supporters judge him in the context of his performance for their team in the present.

It would seem that human nature has a tendency to judge. And this tendency applies not just to the modern footballer, but also to figures from history.

Recently, Kate and I made our first foray to Mallorca. We visited the small town of Petra, which has special significance for Kate, because it was the home of Fray Junipero Serra. Kate was born, grew up in and spent much of her adult life in Carmel, California. This is a community that grew up around one of the missions established by Junipero Serra, all along the California coast. Each mission is about 24 km from the next: a day’s walk in the eighteenth century. The missions gave their names to the well-known cities that eventually sprang up around many of the missions: for example, San Diego, Los Angeles, Santa Barbara, Santa Cruz, San Jose, Santa Clara, San Francisco – and Carmel (or, more properly, San Carlos Borromeo de Caermelo). Junipero Serra is in fact buried at the mission in Carmel.

Junipero Serra is greatly revered at his home in Petra – not surprisingly – and there is a museum dedicated to his memory and accomplishments. (Tangentially, I should mention that Kate’s uncle, Harry Downie, was knighted by the Roman Catholic church for his work to restore the California missions, and his picture hangs in the museum in Petra.) It has been supported by donations from Californians in recognition of his contribution to the development of California, which was under Spanish jurisdiction until 1821, when it became a part of Mexico, until becoming a US territory in 1847. The Roman Catholic church has also celebrated his contribution to the spread of the church amongst the native people of California. He has been beatified, which is a step towards canonization, or recognition as a saint, and the current pope, Francis, has apparently agreed to do this in the autumn of 2015.

However, not all of Junipero Serra’s legacy is so warmly appreciated. The process of colonization often does not go well for native people. The British know at least as much about this as the Spanish. The native people of California were decimated during the colonial period, and the colonists brought disease and invasive plants, and animals that disrupted the health and agricultural life of the natives. Junipero Serra has been said to have turned a blind eye towards dubious aspects of the behaviour of the soldiers who accompanied his missionary journeys. For many native tribes, colonization was a tragedy. His canonization is not without controversy.

But what was the perception at the time? In common with his European contemporaries and European culture, Junipero Serra saw native people as children, and in the early modern period good fathers corrected their children, and imposed discipline upon them. It has been said that he cared for the native people, and based upon his own understanding of the world, wanted to do the best for them. This is not to let him “off the hook;” on the other hand, we need to understand how he and his contemporaries understood the world. One could argue that the way in which missions were established in California was an improvement (intentionally so) upon strategies that had devastated Central America and Peru.

I am wrote this during the season of Easter, and resurrection, which is all about celebration of second chances: the biggest second chance ever given to humanity, some would say. Many people will read it towards the end of that season, when the church celebrates Pentecost, a sort of birthday for the church, remembering that a small, scared, disorganized group of disciples were transformed into the foundation of the church. Having been weighed in the balance and found wanting, they were given a second chance. We judge them now, on the basis of what they accomplished, but the church also remembers their failings as a reminder to be aware of our own limitations and imperfections.

The question that we really ought to ask of ourselves is this: what are the things that we are doing now that seem right to us, but that may be judged rather differently in the future when history looks back in a different context? I am sure that there are many things that we cannot anticipate, but one thing strikes me at this time: the loss of life of refugees in the Mediterranean Sea. At the moment, the average daily death rate in the Mediterranean is as high as the death rate during the Ebola outbreak, to which the world responded as a matter of urgency. We believe, in the context of our own times, that “protecting our borders” is a “right thing” to do, for reasons related to economics, security and politics. I am inclined to wonder whether the judgement of history on our apparent inaction in the face of refugee deaths, other than to “tighten borders”, will be as harsh as the critics of Junipero Serra, who was also doing the “right thing” in the context of his time.

Fray Junipero Serra’s motto was, “Siempre adelante, nunca atras,” or “always forward, never back.” We cannot undo the events of history – whether our own, our nation’s, or our culture’s. What we can do is to move forward with an acute appreciation that we enjoy this life and this world as a gift, and we will leave it to others who come after us, learning from what has happened before. Can we be transformed? We will be judged!
Paul +