By AnglicanChurch on 2017/07/07 in Christian Formation, Santa Margarita

[Reproduced from the July 2017 issue of Roqueta, Menorca’s English-language magazine.] 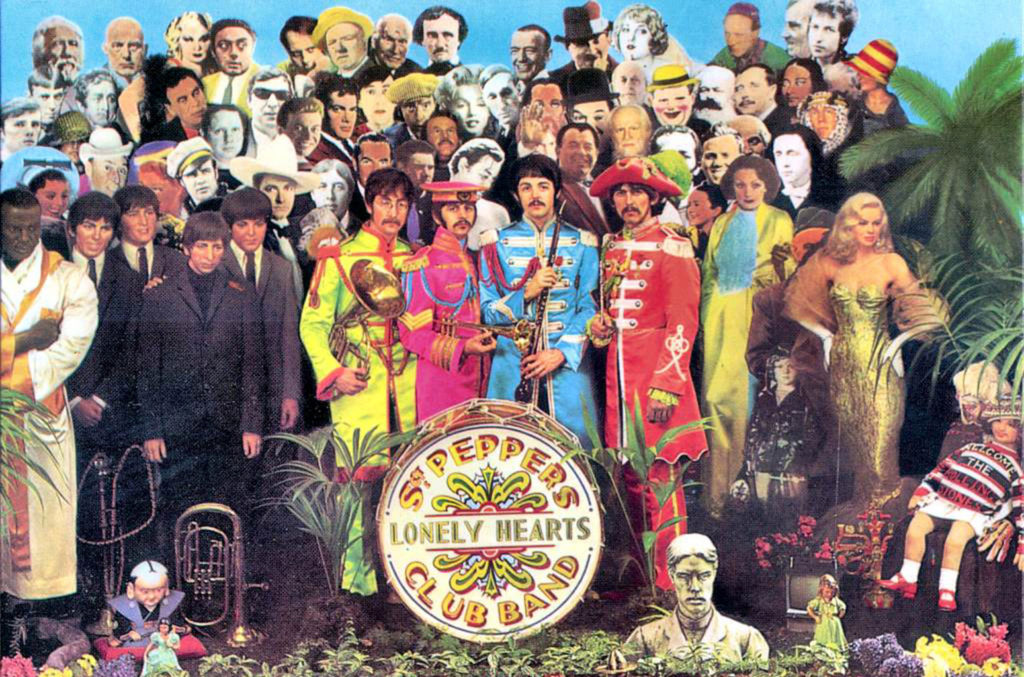 “It was 20 years ago today, Sergeant Pepper taught the band to play.”

Actually, it was 50 years ago that the band (The Beatles) taught Sergeant Pepper to play with that opening line from the first song on their ground-breaking album.

With George Martin, the Beatles, along with others of their era, pioneered, or popularised, a different approach to popular music.  They experimented with variations in recording techniques.  The songs were about life, not just about love.  The album, rather than individual songs, became the work, or the opus.  Sergeant Pepper, for example, did not have breaks between the tracks (which frustrated many a disc jockey in the days before digital technology arrived).

The album has been remastered and rereleased to mark its fiftieth anniversary.  Listening to some of the tracks, I was surprised to find that in my mind I could still hear the radio jingles (“Radio London!”) inserted into instrumental bridges to thwart those who would try to record the album from the radio.  This is how deeply imbedded it became in my youthful memory.  It is also a reminder that in the 1960s, especially in the UK, we had far less flexibility and choice in our musical listening.  We tuned into the pirate radio stations because that was the best selection we could find.  Having not only lived through, but also having been a part of, the technological changes which fuelled the dramatic revolution in the way in which we choose the musical soundtrack to our life, I find it all too easy to take it for granted.  The advent of iTunes, or subscription services such as Apple Music or Spotify, make it too easy to listen to just about anything that we like at any time – part of the culture of instant gratification.  However, Sergeant Pepper predated all that.  I remember carefully practising placing the needle of a record player delicately on the record to try to pick out a specific track.  It wasn’t easy and a little clumsiness resulted in a scratched record.

The way in which Sergeant Pepper not only influenced music and contemporary culture, but affected a wide range of human life is quite surprising.  For example, I found this reference in a book called The Renewal Of Trinitarian Theology by Roderick Leupp, who wrote: “The last song on the greatest album from the world’s greatest rock’n’roll band closes with ascending strings and a rising chord.  ‘A Day In The Life’ … climbs to the orchestral seizure and ends with a long, dying piano chord that lingers long after switching off the stereo.  The song is over.  The song remains.”  The author drew a comparison with the Christian belief in resurrection, specifically the resurrection of Christ: life is over; life remains.

That might seem a bit of a stretch – I suspect that John Lennon did not have trinitarian theology in mind when he wrote the song – but it is far from unique.  I know that I belong to a generation that more than any before has been marked and defined by (amongst other things) the music of its youth.  This is underscored, for example, by the film, “The Big Chill.”  Its opening scene accompanied by the Rolling Stones’ “You Can’t Always Get What You Want,” has pioneered a radical transition in the music used at funeral services!

It poses a curious dilemma: do I want the closing curtain of my life to be accompanied by the uplifting words of Charles Wesley and the music of William Penfro Rowlands in the hymn “Love Divine, All Loves Excelling,” or by something rather more contemporary?  How about, “Bridge Over Troubled Water?”  Boundaries are blurring: my wife keeps trying to have “Stairway To Heaven” included in our Sponsored Songs of Praise event in September.

The livelihood of a priest is marked by two different rhythms.  On the one hand, there is the weekly and seasonal cycle of worship, centred on the major events of the church: the regular things of life.  On the other hand, there are births, marriages and deaths, the punctuation points of the cycle of human life.  When a significant anniversary rolls around, whether it be someone’s birthday ending in a zero, or a notable marriage anniversary, we are reminded of the passage of life, and at some level, there is a similar punctuation point that stirs recognition of the passing of time and of mortality.

It is the same when there is an anniversary of something like the release of Sergeant Pepper.  My youthful self would have found the idea of marking fifty years since its release to be quite incomprehensible.  My older self cannot really believe that all those years have passed!  Menorca residents Tony Hatch and John Ellison have both written songs that muse upon the passage of time: music and songs again, the background music, or the soundtrack of life since the middle of the twentieth century.  Music does evoke memory.  People with advanced dementia can remember songs when they can remember little else.

Fifty years ago The Beatles released an album, sufficiently different from what had come before, that it still merits attention and evokes memories.  I wonder what will be the equivalent fifty years from now.  I also wonder when I will be asked to play a track from Sergeant Pepper at a funeral.  It has not happened yet.  Perhaps someone will pick up on the resurrection theme in the last chord of “A Day In The Life!”

View all posts by AnglicanChurch →
Words and their meaning: Security
Theme for last Sunday, 2 July