The following article appeared in the Winter edition (2018) of Menorca’s English-language magazine, Roqueta. 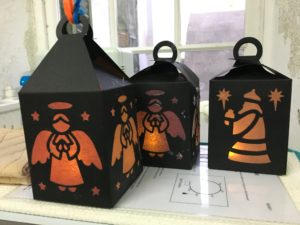 “Happy Holidays!”  Words that apparently draw a torrent or righteous indignation from critics of “political correctness,” or those who suspect some sort of conspiracy to alter their culture.  Histrionic protests of insistence on the “right to say Christmas” burst forth upon social media at this time of year, usually provoked by some sort of fantasy or fictional incident that betrays an underlying sentiment of prejudice against people of other faiths.

Would you like to know the really ironic aspect of all this righteous indignation?  Much of it spews forth from people who have no intention of going anywhere near a church at Christmas; or who regard the religious aspects of the season as an inconvenient interruption of their real spirit of Christmas: consumption.

More irony: the word “holiday” derives from the practice of celebrating the “holy days” of the church, of which Christmas and Easter are the most important.  So to say “happy holiday” would be quite in keeping with the spirit of the season: “Happy Holy Day.”  And a season is what Christmas is meant to be: from Christmas Day until Epiphany.  You can look at last year’s Christmas Roqueta, or the year before, for variations on that theme!

And what is the spirit of Christmas?  Shall we draw upon the Victorian imagery of Charles Dickens?  “A Christmas Carol” has a message of family gatherings, seasonal food and drink, dancing, games and a festive generosity of spirit – the last being probably the most important.  It also carries the important theme that it is never too late to repent and change one’s ways.  Mr Scrooge is redeemed by turning from miserliness to generosity at Christmas, and carrying forward his changed lifestyle beyond the season.  Who represents Bob Cratchit and Tiny Tim in our own communities?  Where do we have opportunities to review our past and present lives and consider changing our ways?  Does anyone think about such things at Christmas?

I suspect that one facet of the spirit of Christmas, as it is seen by the world at large, is the desire to fill lives with things to do and ways to be amused: perish the thought that we should be bored.  Recently, the Rev. Giles Fraser spoke about the benefit of boredom as a way in which we face the meaning of life (https://anglicanchurchmenorca.com/boredom-the-meaning-of-life-rev-giles-fraser/).  Perhaps one way to prepare for Christmas would be to give our children, or grandchildren, the gift of boredom – or even give it to ourselves, as an antidote for the prevailing pressure to buy, spend, consume, do …  Who knows, a little boredom might lead us to ponder just exactly who is meant to be the focus of attention at Christmas.

The birth of the Christ child carries a message about the value of humanity and the power of vulnerability.  If we care about celebrating Christmas, then instead of seeking strength by excluding others, or those who are different, we might consider the richness to be found in the variety of human beings.  We can always find something different in someone else; but we can almost always find something in common, too.  The differences are what make us strong as a community.  In the same way that the impurities in steel make it more resilient than pure iron, humanity is less brittle when its communities include diversity.

I know a young Canadian woman, married and living in the United States, who said recently: “I love other religions.  They give meaning to my Christian faith.”  She was commenting on someone’s purist rant about “Happy Holidays.”  Understanding what others believe helps to give contrast to our own beliefs.

What is really sad is the amount of ill-will and intolerance that seems to prevail just as much at Christmas as at other times of the year.  This is intended to be a festival that celebrates the birth of a child, whose message as an adult to humanity was to reexamine values and to consider how “peace on earth” might actually be approached.  I do not see how “peace on earth” can be accomplished by people sending angry messages to one another that exaggerate the risk that their whole way of life is threatened because someone else does something different.

To be honest, I don’t really believe that Christmas is threatened in some way by the use of a greeting.  It is rather more at risk by being submerged under a deluge of consumerism and nostalgia that obliterates the point of the season.  There is absolutely no reason why we should not greet one another with, “Happy Christmas,” or, for those who prefer it, “Merry Christmas;” but let’s not get bent out of shape because someone says something different.  Let’s accept a cheerful greeting as what it is, and let’s try to respond with at least the same amount of cheer and good will.  Isn’t that what Christmas is meant to be about?

One Response to Happy Holidays?