It is 11 September. Three years ago, on the tenth anniversary of the attacks in New York and Washington, we were walking along the Camino de Santiago. I wrote this reflection. As we approach the week of prayer for peace, it seems appropriate to ponder upon this again. 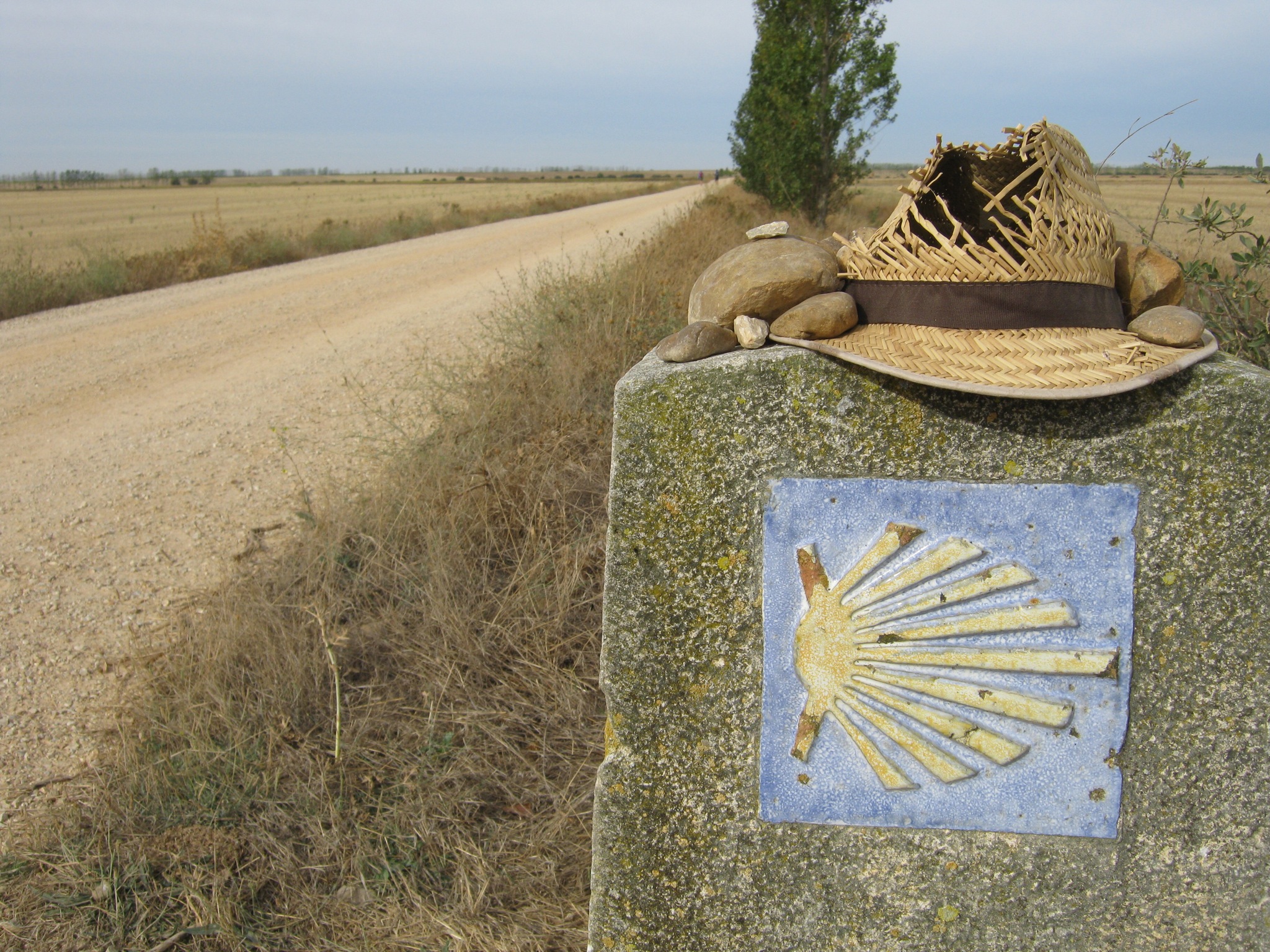 I was acutely aware, as we began our walk, that for many people, especially in North America, this is a day when memories turn to the stunning events ten years ago that made the world a much more fearful place for a great number of people, changed the outlook on life for many and altered political history in a striking way. It still leaves great sadness, and poses unanswered questions.
The quote for this stage of our walk in our guide is from Ghandi: the Mahatma said, “An eye for an eye only ends up leaving the whole world blind.” The striking part of our route today is that for more than 12 km, we walked along a straight path that has existed for two thousand years – one of the Roman roads (Via Aquitaine). The provincial government has seen fit to “maintain” this with a gravel surface, but below that lies a foundation that required the Romans to bring tons of rock to build it – something in short supply in the region we crossed, which was originally just boggy. The Roman road was an instrument of civilization in the eyes of its builders, but it was also an instrument of military rule and subjugation of the local people. The road of military conquest has, over the centuries, been transformed into a road of pilgrimage, and part of a journey of faith, because although we know where we would like to go, we have to wait until we reach our intended destination to know where we will stay. Nowadays, the pilgrims’ route is marked, and we all follow guides of one sort or another, but for early pilgrims, this was a journey of much more significant risk, yet because of their endeavour, each subsequent wave of followers has found the way easier.
Perhaps there is a metaphor for the challenge of dealing with the events of ten years ago in this. Trying to understand why such things happen should lead us towards ways of avoiding future repetition. But to do so, we may need to seek to transform ways of violence to ways of peace, as the Roman road has been transformed. As pilgrims do, we may need, collectively, to look at ourselves, to look within, at least as much as we look at those around us. Those who are first to tread this way will find it risky and difficult, like the early pilgrims, but this will make the path easier for each generation that follows.

Binding and Loosing
Theme for the Week – 14 September 2014